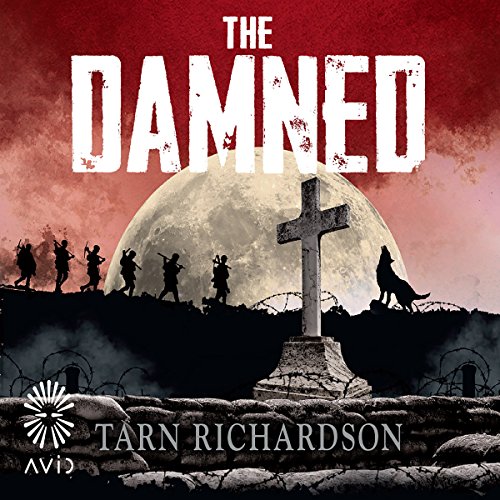 He was aware of his hands moving before he had time to even consider where they should go, as if guided by another greater power. Wherever they went there followed a weeping and a pleading from voices quite unlike his, the splintering of limbs, the falling of bodies, then a tight intake of breath and then a slow release as death came.

And lights. Everywhere about him were lights, hanging in the air around him, embracing him, nourishing him with their rays.

And then, as quickly as the brawl had begun, it was over. Tacit picked the Father up off the floor and ushered him away from the lifeless bodies strewn about the courtyard.

Adansoni threw his eyes onto the boy and stared, a look speared somewhere between fear, disbelief and wonder at what his young pupil had done. “You are, Poldek,” Adansoni muttered, his eyes wide on the young man. “You are,” he repeated.

But Adansoni could, or would, say no more.

There are no reviews yet.

"THE DAMNED is a truly genre-busting novel, with characters to root for and villains to despise. Highly recommended.”

“An incredible feat of imagination but the historical details are clearly also very well researched.”

"Romance, jealousy, tension and spine-chilling horror that will have you fearing the moon, are all wrapped up in this original and creative plot.”